Marilyn Migiel, professor of Romance studies, has won the Modern Language Association’s Aldo and Jeanne Scaglione Publication Award for “Veronica Franco in Dialogue,” forthcoming from the University of Toronto Press in spring 2022.

Established by literature scholar Aldo Scaglione in memory of his wife, Jeanne, an educator and humanitarian, the award is given annually to a manuscript in Italian Literary Studies. The award will be presented on January 8, 2022 during the Modern Language Association (MLA) convention in Washington, D.C.

This is the third prize Migiel has received from the MLA. The first two recognized books she has written on Boccaccio’s “Decameron.”

A sixteenth-century Venetian courtesan and writer, Veronica Franco came to be embraced by late twentieth-century scholars as a triumphant proto-feminist icon who celebrates her sexuality and champions women and their worth. In “Veronica Franco in Dialogue,” Migiel analyzes the fourteen dialogic poems of Franco’s 25-poem “Terze Rime” (Poems in Terza Rima, 1575), seven written by Franco and seven written by an unknown male author.

In order to better understand what Franco is doing in the poetic collection, Migiel argues, it is essential to understand how she constructs her identity as author, lover, and sex worker in relation to the unknown male author.

“I am delighted that the award acknowledges my ‘powerful close readings’ and ‘probing literary analyses’ of Italian poetry,” Migiel said.

While Migiel has been studying and teaching Veronica Franco’s poetry since the 1980s, she didn’t take up a full-length book project on the poet until six years ago.

“I had reached a point in my career where I felt confident that I would be able to present highly detailed formal analyses of Italian poetry in very readable prose that can be understood by non-specialists,” Migiel said, adding that when she writes, she imagines that her audience is composed of Cornell undergraduates, including those who have taken her First-Year Writing Seminar on the “Decameron.”

“I wanted to understand why, after Veronica Franco had been embraced as a proto-feminist icon in the latter part of the twentieth century, scholars’ attention seemed to be directed more at other early modern Italian women writers,” Migiel said. “And I wanted to tell a story about Veronica Franco that accounts for the moments of ambivalence, uncertainty, and precariousness in her poetry that other readers have tended to elide.”

According to the MLA award committee, Migiel’s analysis of these poems will have a lasting impact on scholarly interpretation of Veronica Franco and on future readings of early modern women writers, revealing for the first time Franco’s full identity as a poet. The committee notes that  “while earlier works have presented [Franco] as above all an iconic woman and proto-feminist figure, Migiel’s work shows how Franco’s consistent and subtle use of important model writers in Latin and Italian makes the poet a highly significant Renaissance author figure.”

Teaching literature is teaching “how to notice things in a text that a speed-reading culture is trained to disregard, overcome, edit out, or explain away,” Migiel said, citing literary critic and translator Barbara Johnson. “I hope that my book will encourage all readers to remain faithful to nuance and complexity.” 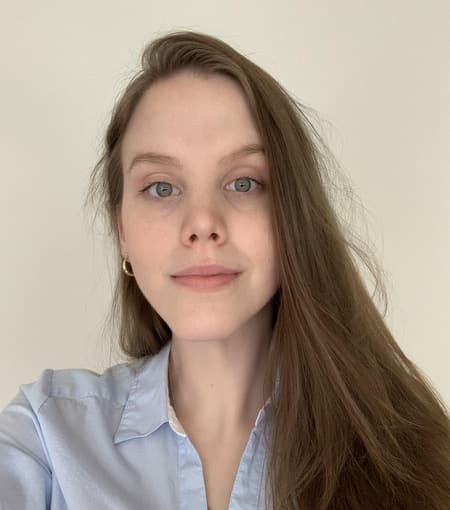