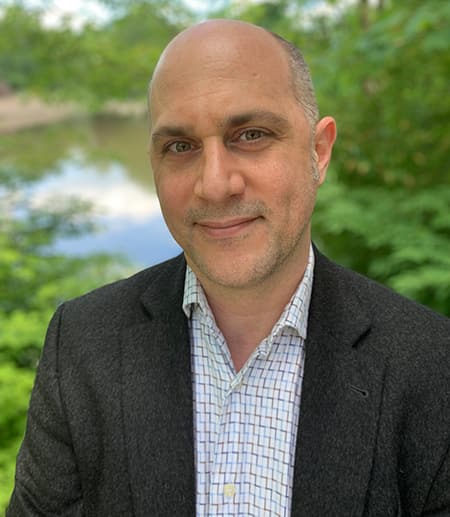 Jason Sion Mokhtarian is an Associate Professor and the Herbert and Stephanie Neuman Chair in Hebrew and Jewish Literature at Cornell University. The son of Jewish emigrants from Tehran, Mokhtarian grew up in the suburbs of Chicago and studied at the University of Chicago before earning graduate degrees in ancient Iranian studies and late antique Judaism from the University of California, Los Angeles. He is the author of two books: Rabbis, Sorcerers, Kings, and Priests: The Culture of the Talmud in Ancient Iran (University of California Press, 2015), which was a finalist for the National Jewish Book Award in scholarship, and Medicine in the Talmud: Natural and Supernatural Therapies between Magic and Science (University of California Press, 2022). He is also a series co-editor of the Olamot Series at Indiana University Press, which translates innovative books by Israeli scholars on a range of topics in Jewish Studies. His research interests include the Talmud in its Persian-Sasanian context, Iranian religions and languages, ancient Jewish magic and medicine, Judeo-Persian literature, and the history of the Jews of Persia. Research languages include Hebrew and Aramaic, as well as Old, Middle, and New Persian. For more information about Professor Mokhtarian, visit his website: www.jasonmokhtarian.com.