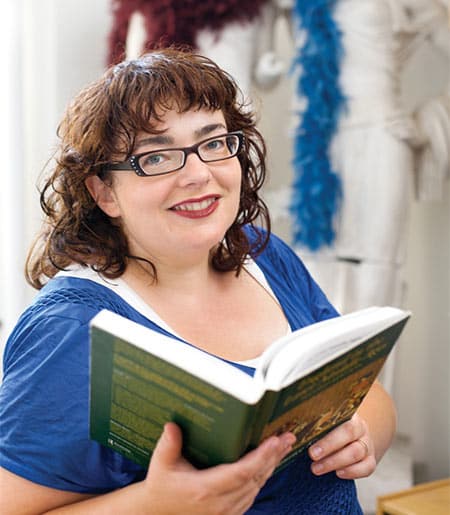 After receiving her BA from the interdisciplinary College of Letters at Wesleyan University, Masha Raskolnikov went on to earn her MA and PhD at UC Berkeley’s Department of Rhetoric; at the time she arrived at Cornell, she had never actually been, officially, a member of an English Department, but she finds herself quite comfortable in this one. She is primarily interested in critical theory as a project of unmaking “common sense,” and in working with medieval literature as a means of doing so; she is also interested in feminist, lesbian, gay and transgender/transsexual studies. She is the author of Body Against Soul: Gender and Sowlehele in Middle English Allegory, Ohio State University Press, 2009.