A tribute to Alice Colby-Hall, emeritus professor of Romance Studies, will be released this May and includes essays by colleagues, some of whom are also former students. The volume will be presented to her on May 14 at a banquet at the International Congress on Medieval Studies at the University of Western Michigan in Kalamazoo, Michigan.

“The Epic Imagination in Medieval Literature: Essays in Honor of Alice Colby-Hall” contains 14 essays, which recognize her scholarship and teaching in the area of medieval French studies over the course of her career. It is edited by Philip E. Bennett, Leslie Zarker Morgan and F. Regina Psaki.

This Festschrift recognizes Colby-Hall’s “ground-breaking study of description in medieval literature, followed by her many studies of the Guillaume d'Orange tradition, as well as her important role in supporting Medieval Studies during her career.”

“Though retired for some time,” says Colby Hall, “I still take great joy in discovering new knowledge through literary, linguistic, and historical research, and I deeply appreciate the encouragement offered by this Festschrift.”

Colby-Hall was also honored in 1997 with the Chevalier de l’Ordre des Arts et des Lettres (Knight of the Order of Arts and Letters) by the French Minister of Culture. In 1984 she was elected to the Académie de Vaucluse in Avignon and in 1985 she was awarded the Médaille des Amis d'Orange.

She received her B.A. and M.A. from Colby and Middlebury Colleges, respectively, and her Ph.D. from Columbia University. 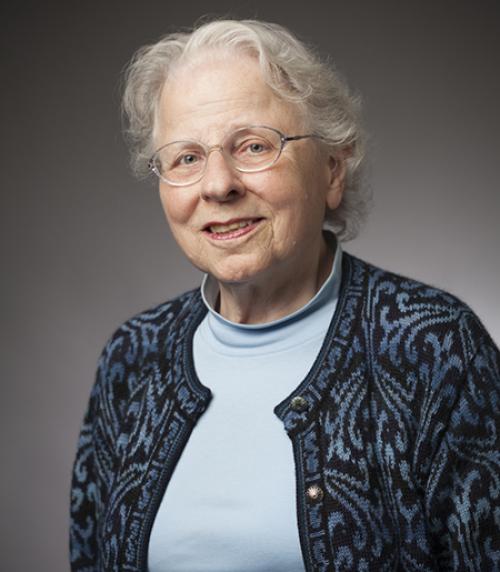