A Medieval and Renaissance literature scholar from Bard College will visit campus March 19 to talk about her research related to truth and fiction in texts from the Middle Ages.

Karen Sullivan, the Irma Brandeis Professor of Romance Culture and Literature at Bard College, will speak about "The Fictionality of History, the Historicity of Fiction: Tales of Eleanor of Aquitaine's Adventures on the Second Crusade," at 4:30 p.m. in the Guerlac Room in A.D. White House, which will be followed by a reception.  The event is free and open to the public.

Sullivan studied comparative literature at Bryn Mawr College and the University of California, Berkeley, before coming to Bard. She works on the clash between the conception of truth held by the “clerics” (clerici), or learned men of the Middle Ages, who wrote historical and religious texts in Latin for other learned men, and that held by the varied populations (clerical and lay, male and female, bourgeois and aristocratic) who composed literary texts in the vernacular for popular audiences.

“Karen taught me so many things,” said Cary Howie, associate professor and director of undergraduate studies in the Department of Romance Studies, who studied with Sullivan at Bard in the 1990s. “She taught me the importance of giving texts the benefit of the doubt, even when they seem to come from a place politically and linguistically remote from our own.

“She taught me the value of taking seriously the philosophical questions that literary texts pose, rather than merely applying some prefabricated philosophical grid to them. Above all, she taught me the enormous pedagogical and intellectual value of patience and playfulness. I wouldn’t be a medievalist if it weren’t for Karen.”

Sullivan's visit is sponsored by the departments of Romance studies and comparative literature, the Society for the Humanities and the Program in Medieval Studies. 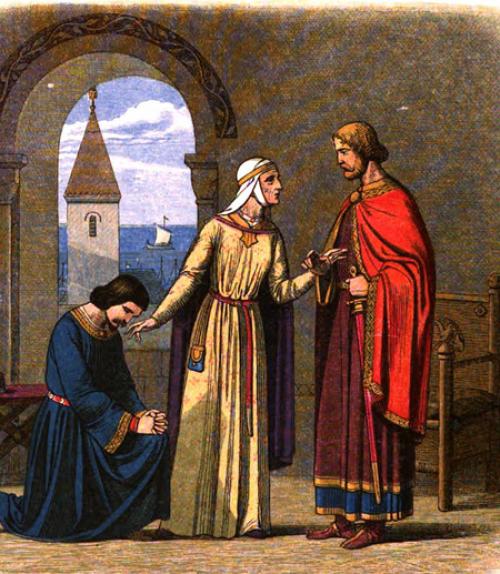