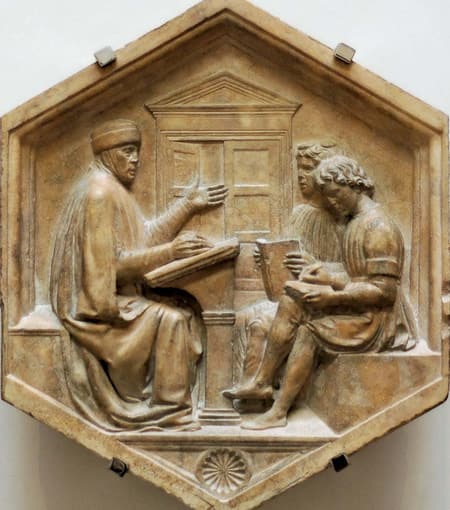 Paul studies Latin grammars and literatures and how they interact with vernacular literate traditions from the Early Middle Ages. He is interested in the ways that scribes and scholars used manuscript technologies to transmit grammatical doctrine and literature to new vernacular and latinate audiences. He completed his dissertation “Scribal Technics in the Early Middle Ages” in the Summer of 2022. He has also studied at the University of Toronto and Rome with the Pontifical Institute for Medieval Studies, for which he is currently editing an Anonymous Latin Grammar found in Valenciennes MS 413. He is now writing and thinking about the relation of speech and writing as expressed in the technologies and thought of the Early Middle Ages. His teaching focuses on the commentary tradition throughout the Middle Ages broadly conceived.

“Michael of Cornwall’s First Invective Against Henry of Avranches,” co-authored with Thomas Sawyer, in Journal of Medieval Latin (Under Review)