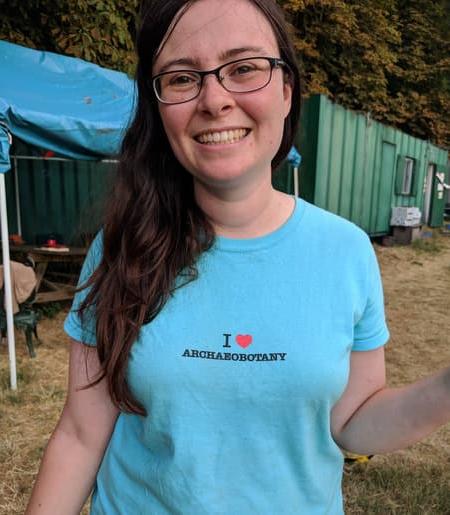 Alice is an archaeobotanist who looks at past human-plant interactions to understand the connections between past climate change, shifting political regimes, and human agricultural practices. She is currently a PhD candidate in the Medieval Studies Program. Her thesis work at Smith College (A.B. Medieval Studies, 2015) and the University of Cambridge (M.Phil Archaeology (Archaeological Sciences), 2017) focused on early medieval British cereal cultivation and consumption. She has worked in England as an environmental archaeologist on Roman and medieval sites since 2013 and has worked on archaeobotanical assemblages from Europe, North America, and Asia.